Getting ready for Changi’s record-breaking busiest day of 2016

A behind-the-scenes look at preparations for the busiest day in the year. The busiest day of the year for Changi Airport is historically the last Saturday before Christmas Day. Last year, the busiest day was 19 December 2015, where as many as 192,000 passengers passed through Changi Airport. With more travellers expected this year going by air traffic figures so far, Changi Airport looks set to break its own record this year. Changi Journeys finds out how various functions within the airport prepared for operations on that day.

Traditionally, December is a time when many people choose to travel, especially if they have children on their year-end school holidays. December is also the busiest month for the airport compared to other times of the year. To ensure smooth departure flows, Changi's Duty Terminal Managers (DTMs) coordinated with the Ground Handling Agents (GHAs) to ensure that they had sufficient staff for their operations, in particular at the check-in counters. Up to 30% more staff were scheduled to handle the anticipated surge in passenger traffic. Extra checks were also carried out on the self check-in kiosks, to ensure that they remained problem-free throughout the peak period.

DTMs also communicated with the Immigration & Checkpoints Authority (ICA) to ensure they had sufficient manpower at the immigration counters. In the event of a surge in passenger numbers, ICA re-deployed their officers accordingly to help with the flow.

To cater to the larger crowd, F&B outlets at the airport also increased their supply of food. For example, Select Group Limited, which manages the food courts in the T2 and T3 transit areas, leverage their years of experience operating in the airport, as well as historical passenger movement trends, to forecast actual demand during the peak period. Select’s operations team also worked closely with their colleagues from procurement to ensure enough food and ingredients was stocked to cope with the increased demand. Straits Food Village, the food court at T2, prepared more food as well as manpower, to meet the needs of the higher passenger numbers for the busiest day of the year.

In addition, Select also ramped up its central production of various sauces to reduce onsite preparation time for its chefs at the airport outlets. Staff were transferred from the less busy downtown outlets to the airport to help with more labour-intensive work, such as cleaning. Because of its good planning, Select was able to ensure that all passengers continued to enjoy a positive dining experience despite the high demand.

Flights arriving during the extreme peak periods may be allocated gates in a terminal that the airline does not operate at. For example, a Singapore Airlines flight may be allocated a gate in T1, even though the airline operates out of T2 and T3. In such cases, the DTMs deployed more staff and used stanchions to guide passengers to their arrival terminal, where their luggage would be waiting for them.

In the event of a service disruption such as luggage taking longer than usual to reach the baggage claim belts due to heavy rain and lightning, DTMs would have refreshments such as biscuits, and beverages like Milo and Nescafe, ready for affected passengers while they waited for their bags. To prepare for this scenario, made more likely with high passenger numbers and the year-end monsoon season, our airport operations colleagues had already stocked up on these refreshments well ahead of time. 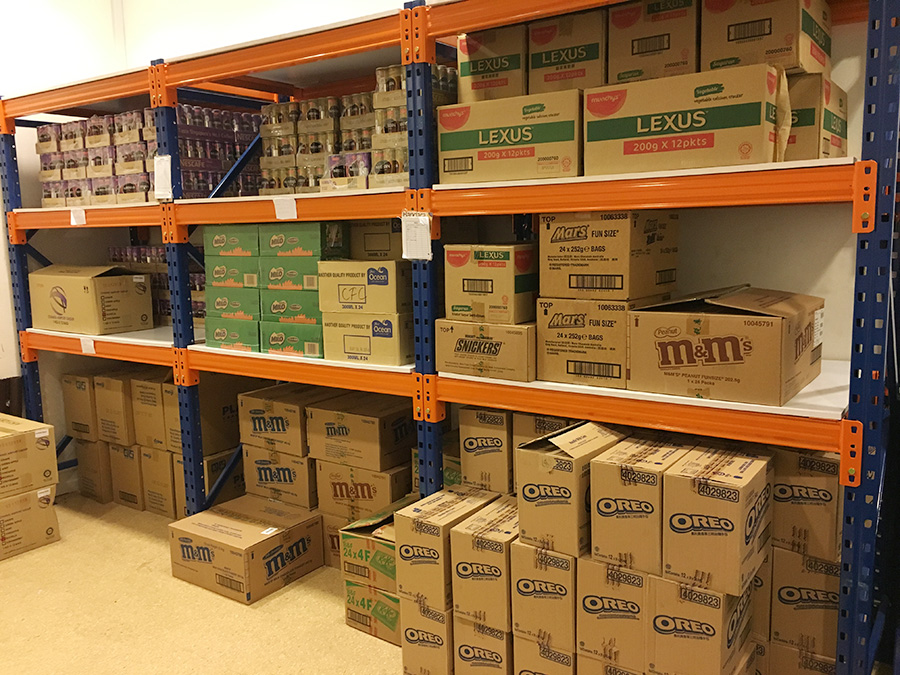 Stock of refreshments in one of the three storerooms in the terminals.

The last touch point at the airport for most arriving passengers is public transport, with taxis being the most popular mode. To ensure there were enough taxis, the ground transport team has in place incentives to encourage taxis to come to the airport to pick up passengers.

For example, lucky draws were organised for taxi drivers during the year-end peak period. Each trip made to Changi gets the driver one chance in the lucky draw to win $5,000. This incentive is popular with the taxi community, and goes a long way in encouraging taxi drivers to pick up passengers at Changi.

To speed up taxi boarding and cut the time spent in the taxi queue, CAG has also deployed two staff to be stationed at each taxi bay to help passengers load their luggage into the taxi. It was estimated that this initiative increased taxi throughput by 20% during the peak arrival period.

With all the pre-planning and initiatives put in place, Changi Airport was well prepared for the busiest day of the year.

A new runway maintenance process is now in place, giving a big boost to Changi Airport’s ongoing productivity and safety drive. The enhanced approach includes a new way to cut the grooves across the runway, the use of a stronger asphalt mix for resurfacing, and the introduction of the latest runway maintenance machines – all of which have helped to increase operational efficiency.

When you think about the design of an airport, chairs may not be something that come to mind. However, at Changi Airport, every passenger touch point is carefully thought through and designed for passengers’ comfort, down to the chairs in the terminals.

What may seem like a random spread of chairs at first glance is actually a well-curated selection of seats. Changi Journeys speaks to Kenneth Ho, Senior Manager of Changi Airport Group’s Facilities Management team to find out more.

Who is that behind Pikachu?

Pikachu and friends warmly welcomed passengers and visitors to Changi Airport as part of the year-end celebrations in the airport. Taking centre stage at Terminal 3 is a huge seven-metre tall Pikachu, right next to a gigantic gingerbread house. As part of the activities, 10 life-sized Pikachu danced together to entertain those present for the launch on 18 November 2016.