Interview with the hero team behind Terminal Four 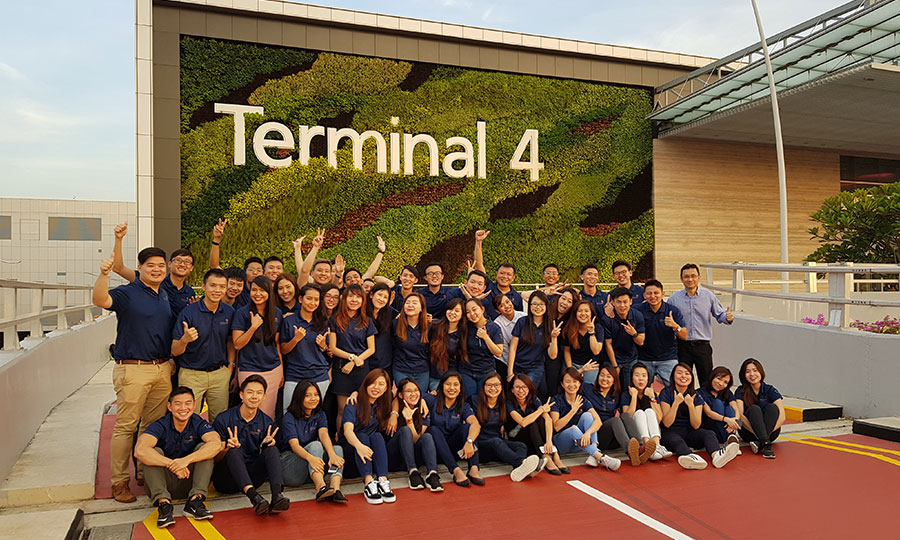 Two and a half months after the opening of Changi’s newest terminal, Changi Journeys speaks with the team behind the set up of Terminal 4 (T4). We sat down with Chua Ching Hock and Tan Hanjie, Senior Managers of T4’s Development Operations team, to find out how the terminal’s first 75 days has been like.

Tell us about your journey managing the terminal thus far. How has the terminal’s first 75 days been like?

It was especially tough during the first 14 days. Our entire team was on 12-hour shifts to monitor various touch points around the terminal. An enhanced care monitoring WhatsApp group was created to disseminate information quickly, so that we could rectify issues on the ground swiftly. There was much pressure on our team because anticipation was high, so were expectations.

Before T4’s official opening on 31 Oct 2017, CAG organised an open house for three weeks to members of public with hope that this would lessen the load on the terminal during the initial opening period. Still, many Singaporeans were curious and came to T4 to check the place out during the first few weeks. This placed additional pressure on common facilities, such as food and beverage outlets and shuttle bus services, which we managed through crowd control and the deployment of more buses.

Currently, things are starting to normalise in the terminal, and we are preparing to handover the terminal to the ground operations team.

How has it been different managing T4 compared to other terminals?

Richer data available from T4 allowed our team to identify issues in the terminal more quickly to derive effective solutions. For instance, one passenger provided feedback that it took him a long time to check in his luggage at the Automated Bag Drop (ABD) machines at T4 because it exceeded the weight limit allowed by the airline. With data available from the new automated systems, our team was able to pull out individual transaction records to find out how long the passenger took and what went wrong.

This is the first time that we have so much data coming in from the touch points around the terminal. So far, the data collected over the past two months has been fascinating and we look forward to getting more useful insights as the data grows.

What was the most challenging incident your team faced, and how did your team handle it?

The challenge of being part of the T4 Operational Readiness and Airport Transfer (ORAT) team was the cumulative intensity that built up over the one year of preparation. Since October 2016, our team had conducted over 100 trials, including tabletop and ground deployment exercises. We also conducted 11 ‘live’ flights to simulate an actual departure and arrival process at the terminal. Over 3000 staff participated in our trials, and this would not have been possible without a strong team effort and close relationship with our airport partners. 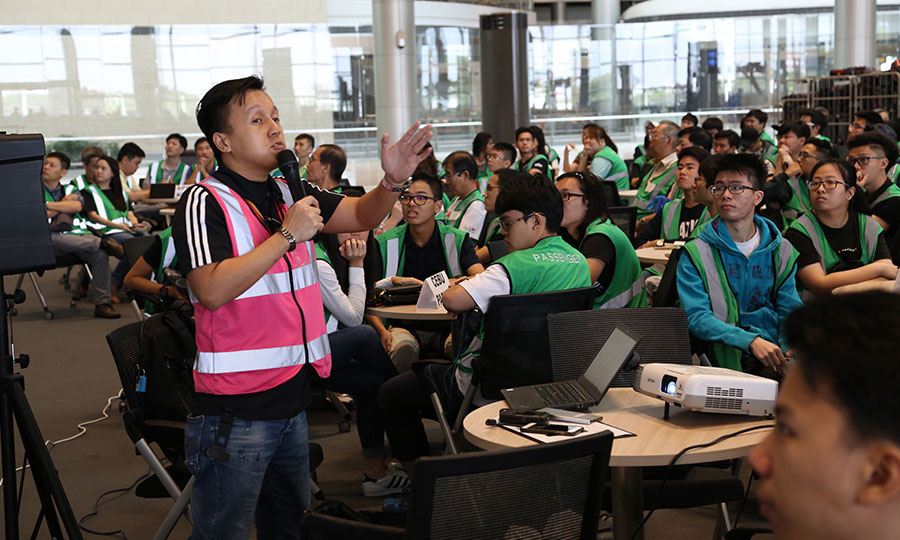 Volunteers are briefed on the programme flow and safety procedures before the start of a trial.

How do the airlines feel about the new terminal and its processes?

From the feedback we received, the airlines are generally quite happy with T4. Full-fledged carriers such as Cathay Pacific see better manpower productivity and enhanced check-in experience for their passengers. It was also heartening to learn that the founder of AirAsia, Tony Fernandez complimented our terminal, saying that T4 is the “model airport of the future”.

What is your proudest moment since opening and what are your thoughts as the terminal embarks on its journey ahead?

The proudest moment would have to be when our team successfully facilitated the first commercial flight out of T4 on 23 June 2017. To us, this was the real litmus test because the integration of airlines’ systems with the airport’s was not an easy task. While we had run multiple trials prior, we knew ‘live’ flights were the only way to ensure a smooth integration of systems. Knowing that we had successfully handled our first ‘live’ flight gave our team confidence for the next few ‘live’ flights and the official opening of the terminal.

An ORAT team member is assisting a volunteer in his use of the Automated Immigration Gate at a T4 trial.

Our team is very happy to hand over a smooth running terminal to our fellow colleagues from the ground operations team. Through this project, our team has built a deep sense of bond and camaraderie which we would definitely miss when we each move on to other positions in the organisation.

Celebrating the beauty of time – A Million Times at Changi

Time is of the essence at Changi Airport – From passengers checking in and ground handlers preparing the planes, to bags being processed and planes taking off.

Time can also be celebrated along with the millions of memories created at the airport. Millions of reunions and see-you-laters translate to millions of beautiful moments and delightful possibilities.

With this concept of time in mind, Changi Airport Group approached Humans since 1982, a Stockholm-based artist collective who are experienced in producing works that are situated between visual art and product design.

Connecting Singaporean artists to the world

Shop for Good is a newly launched social project by iShopChangi to showcase and retail art pieces and merchandise designed and produced by local enterprises on its e-commerce site.

The idea of home may mean different things to different people, but it is invariably linked with a feeling of comfort and sentimentality. Last year, Changi Airport made a record 60 million visitors feel right at home and to mark the milestone, has released a new film, 60 Million Hearts. 1 Home.