How Changi Airport battled the pandemic: a documentary

When the Covid-19 pandemic struck in 2020, Changi Airport had to transform into frontline battle stations overnight, even as passenger traffic and aircraft movements plummeted. The airport community had to rise to the challenge to protect the health and safety of its staff and passengers.

To document the stories behind the greatest battle of the airport’s history, Changi Airport Group (CAG) worked with National Geographic Asia on a 45-minute documentary, “Changi Airport: Battling The Pandemic”. Starting from the arrival of the vaccinations in December 2020, the video traces the various events that took place in the airport up till April 2022, featuring the people who kept Changi Airport flying during the pandemic.

The documentary took more than one year to produce, with over 150 hours of interviews and filming, about two months of post-production, made possible with the support of CAG’s airport partners.

Here are some stories that were featured in the documentary.

The turning point: Arrival of the life-saving vaccines

When mRNA vaccines were first announced, transportation became a huge challenge for the air cargo community as these vaccines had to be moved via an unbroken cold chain – refrigerated, from the time it is manufactured until it is administered while passing through different hands, across different lands. To prepare for this, the Changi Ready Taskforce, co-led by CAG and the Civil Aviation Authority of Singapore, was set up. New processes had to be introduced, such as the carrying of dry ice in-flight.

The production team captured footage of the whole process of transporting the mRNA vaccines, from how the cargo is offloaded from the aircraft, transported to a cool dolly (a mobile temperature-controlled storage container), moved to the warehouse, and onto trucks – while ensuring controlled-temperature is achieved throughout.

Gearing up for a gradual recovery: In-airport testing stations

To welcome inbound travellers back in 2020, Changi Airport had to work quickly to set up Covid-19 testing facilities for travellers to undergo on-arrival PCR testing. The first of such facilities was set up at Terminal 3. 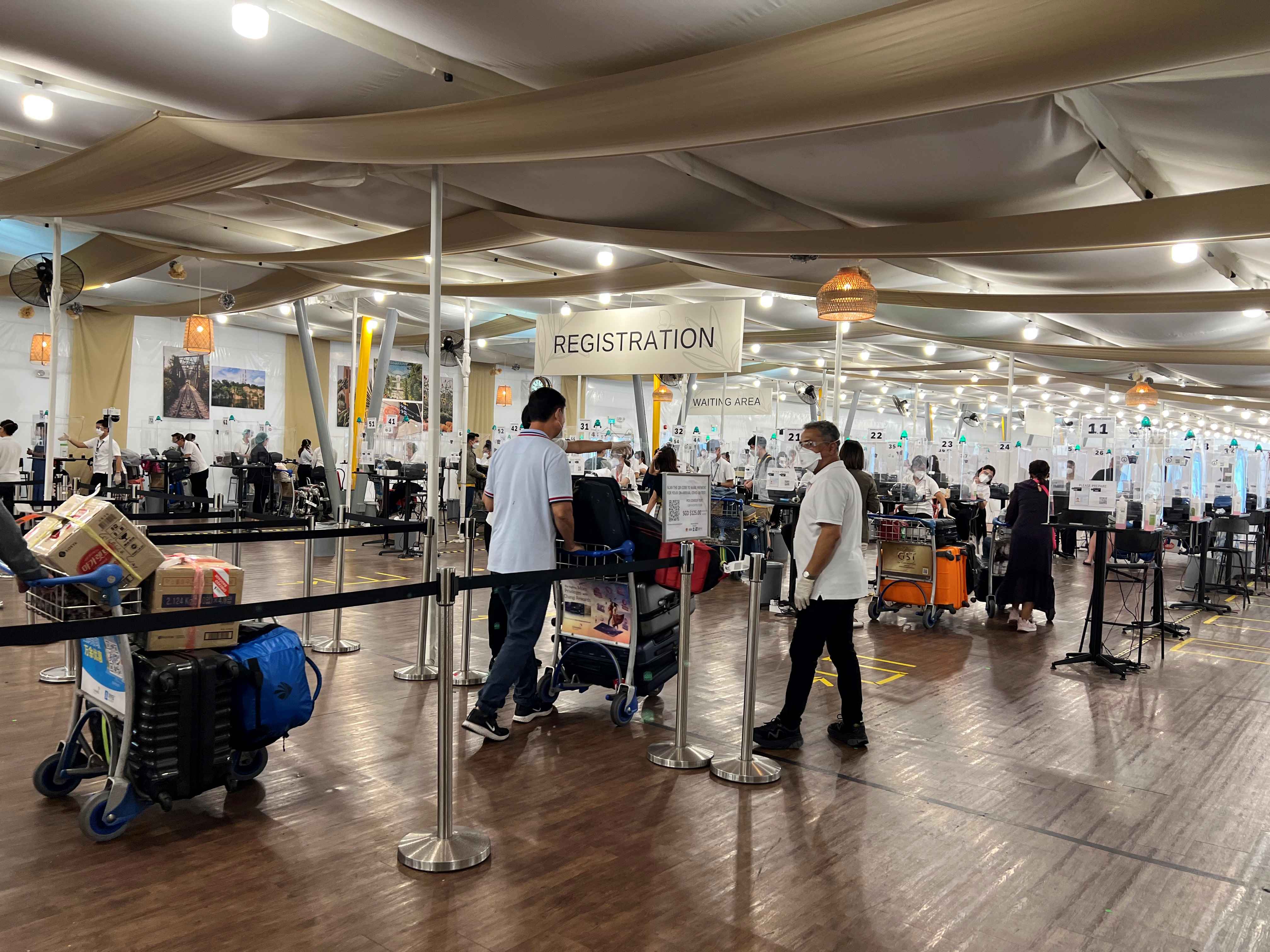 In addition, CAG introduced a new web portal to speed up the registration process for swabbing. Sim Pei Wen, Senior Manager of CAG’s Operations Business Group said, “When we planned for the swabbing facility, we knew that travellers would probably feel anxious, unsure of new airport processes. We developed the Safe Travel Concierge portal so that people could register and pay for the swab test before arrival. This will bring the entire process off airport, so that when they arrive, the process is a lot more seamless. By making sure there was simple information on the whole arrival process, passengers would feel more at ease knowing what to expect.”

Innovations to protect the safety for our passengers

Many innovative measures were introduced over the past two years, to assure passengers of their safety when they travel through Changi. This included the installation of proximity sensors on check-in kiosks, so that the entire process can be contactless. 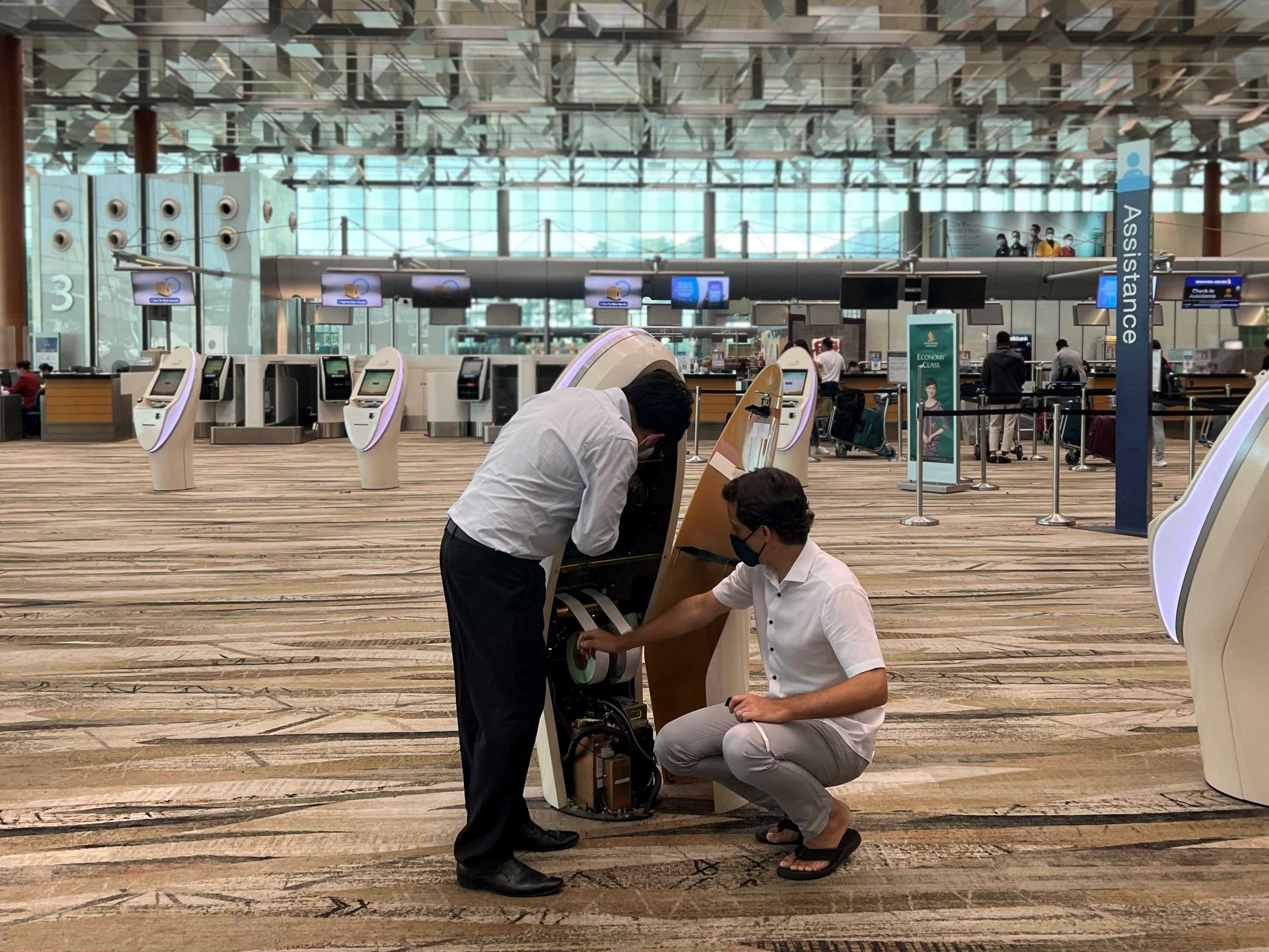 Installation of the proximity sensors on the check-in kiosks at T3.

Explaining how it works, Chua Ching Hock, Associate General Manager of CAG’s Departure Experience team shared, “Passengers just need to hover their finger above the screen and the option is then selected, instead of having to touch the screen physically. I am proud of this achievement because we were the first international airport to use contactless check-in processing for passengers.” 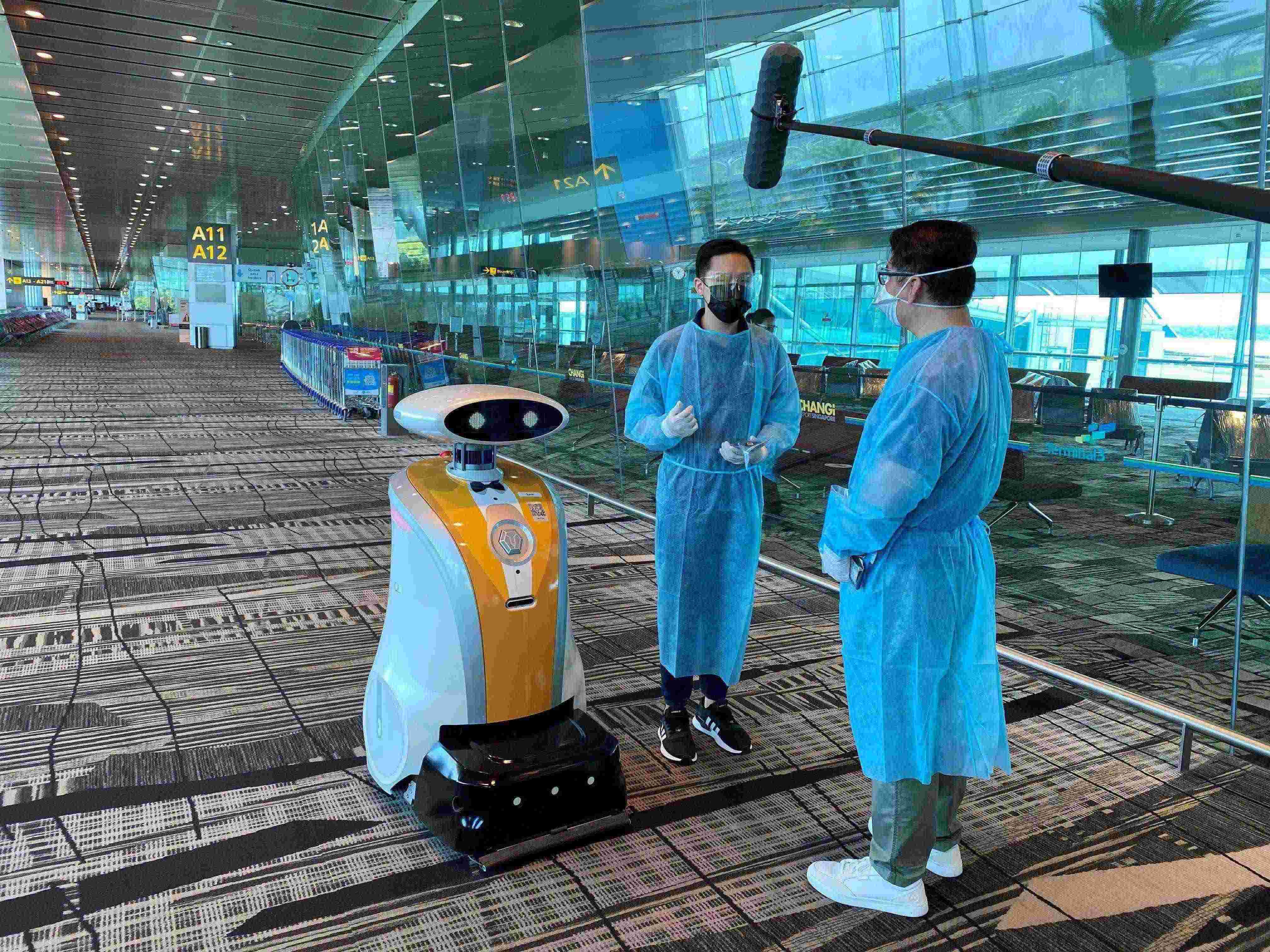 Testing out the deployment of the LeoVac robot to help in vacuuming the transit areas.

CAG also had a team of cleaning robots to keep Changi Airport clean and safe. Kenneth Ho, Senior Manager of CAG’s Facilities Management team shared that the biggest hurdle for Covid-19 was the frequent disinfection of the facilities, to ensure no cross contamination within the terminals. To do so, robots joined in the battle. This included robots that were equipped with a misting attachment that disinfects the carpets after cleaning, as well as robots equipped with a high-efficiency particulate absorbing (HEPA) filter that catches fine particles while vacuuming. 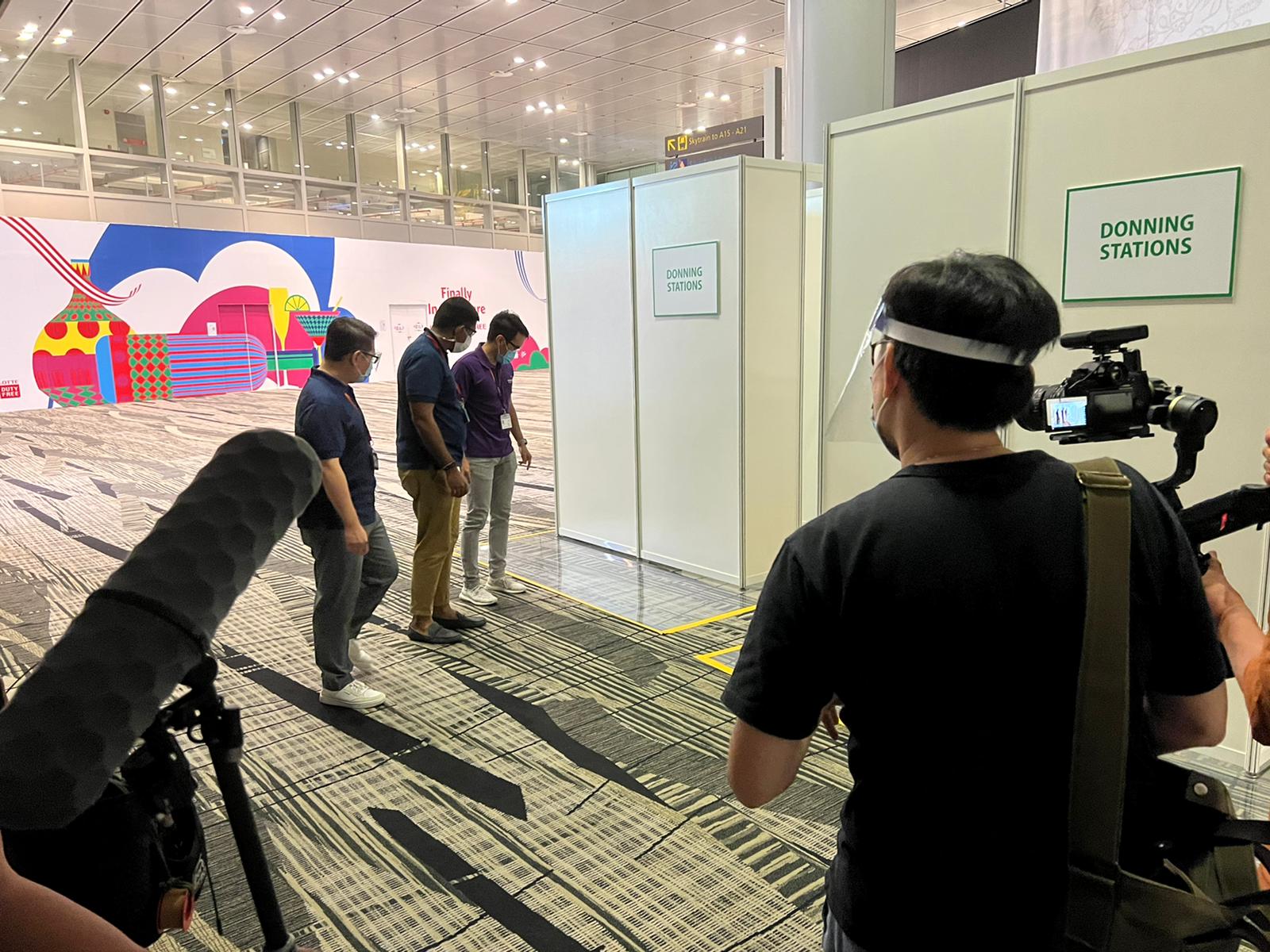 The documentary also looked at how CAG handled the Covid-19 Delta variant outbreak in May 2021. As a result of the outbreak, Changi Airport had to close its doors to non-travellers for the first time in its history. CAG worked quickly to ramp up its infection control efforts. This included separating the airport into three zones, limiting the movement for staff and passengers between the zones, and implementing contact tracing for staff who caught the virus.

Vignesh Kathiravelu, Senior Manager of CAG’s Infection Prevention and Control Team said, “We had to stop the cluster from growing any larger, so we had to do a lot of contact tracing. Contact tracing is important because we want to ring fence any case and minimise the spread among the airport community so that we still can have enough people running the airport.”

All these efforts led to the eventual reopening of the airport, and the removal of requirements for on-arrival testing for travellers from low-risk countries in April 2022.

To find out more about how these stories developed, watch the full video by National Geographic Asia below.

The details in the design of Changi Airport

Changi might seem like a familiar yet foreign place to many. Here are five aspects of the airport’s design which travellers might not have noticed immediately which help add to the Changi Experience.

Satisfying all your different cravings with Changi Eats

There are over 40 F&B outlets to pick from with Changi Eats, with some off-airport partners that also have offerings on the platform. The Changi Eats team shares its curation process.

Behind the scenes, Jewel’s User Experience team works on light choreography, song selection and rehearsals, before the light and sound show comes to life.