Amid the world’s battle with Covid-19, Singapore’s Changi Airport turns 40 this month. Changi Journeys looks back at its humble beginnings, how the decision was made to move from its former location at Paya Lebar to Changi, and why it operates the way it does today, with excerpts from the book ‘From Ground Up’ by Colin Cheong.

The move from Paya Lebar Airport

Increasing passenger traffic in the 70’s set into motion the planning for expanded airport infrastructure. In 1980, over seven million passenger movements were handled at the tiny Paya Lebar Airport. Options back then were either to upgrade and expand Paya Lebar Airport or build a new one at Changi. Due to the former’s location, continuing to have an airport there would lead to increased noise pollution and constrain developments in the city area due to height restrictions imposed.

On the other hand, siting the new airport at Changi would give it room for future expansion. Its location at the eastern tip of the island state also means that it can also function round the clock, as there were relatively few housing estates in the area then. While construction works would be massive and costly, then Prime Minister Mr Lee Kuan Yew decided in 1975 that Changi would be the right way to go.

Fast forward to midnight of 30 June 1981, Paya Lebar Airport ceased operations. The airport community swung into action for the big move to Changi, which was to take place almost overnight. Vehicles and ground support equipment had to be loaded onto trailers. The long convoy of vehicles transporting everything for the move was escorted by the police. Roads were closed and different routes were taken from Paya Lebar to Changi. One can only imagine the scale of the move.

By 7am on 1 July 1981, the new Singapore Changi Airport was open to the world.

The vision for Changi

In the first two weeks of Changi’s open house, it received 250,000 visitors. Every 10th person in Singapore stepped foot in the newly opened Terminal 1 (T1). McDonald’s and Swensen’s were the only two eateries back then, and they were packed to the brim with excited crowds.

Design-wise, while the terminal’s exterior was functional, its interior was the one which wowed all visitors. From the blooming bougainvillea that lined Airport Boulevard, to the waterfall which ran through from the departure hall to the basement and the glossy marble finishing, visitors were impressed with Singapore’s newest airport. 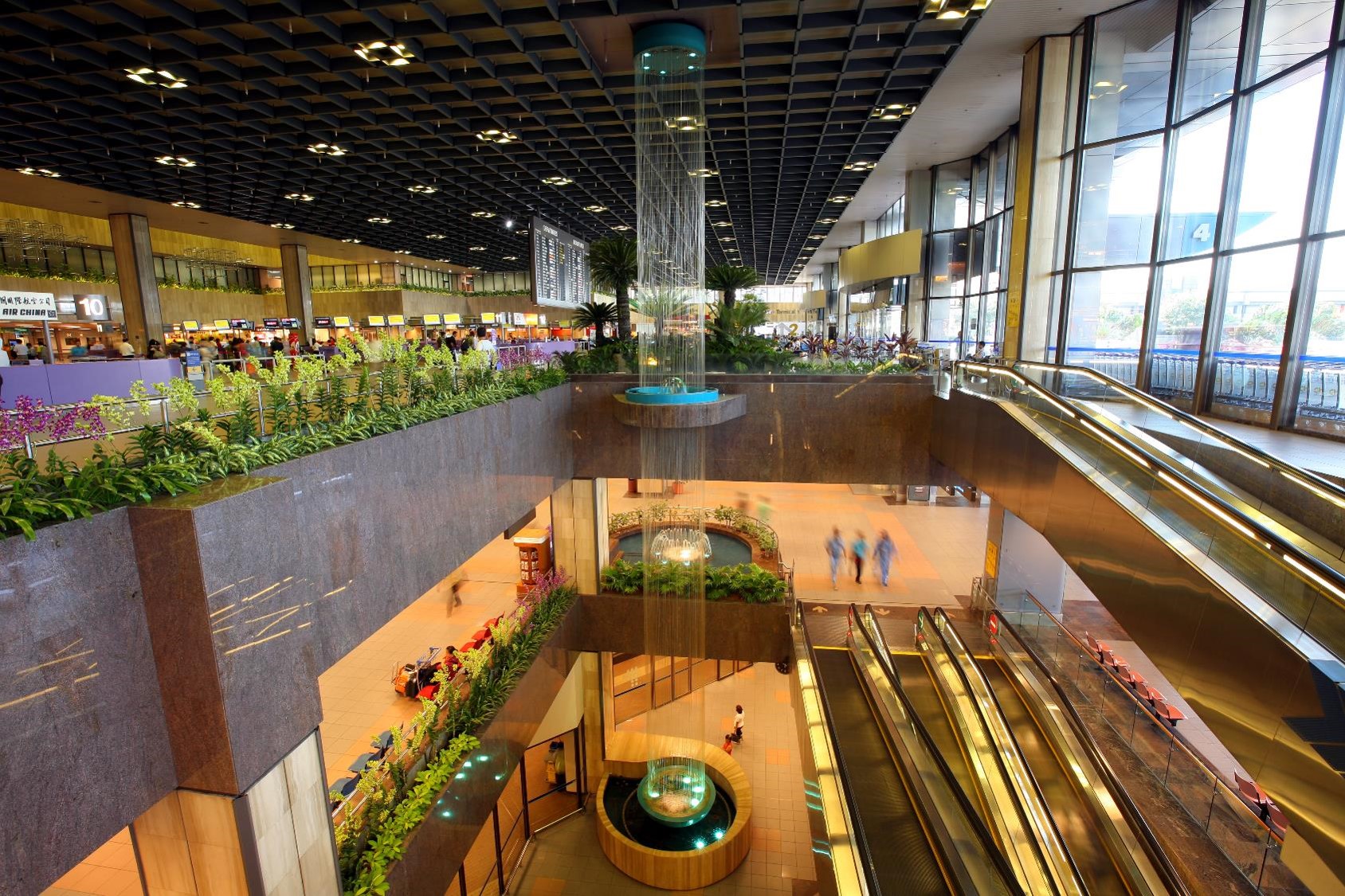 The iconic waterfall at T1

“We didn’t start building Changi to be the best in the world,” said Mr Wong Woon Liong, who began his aviation career at 25 years old, and is now a senior advisor with Changi Airport Group.

“We had to prepare for Changi while managing growth at Paya Lebar Airport. There was great excitement about trying to do something really different. We established new procedures for Changi. We started by wanting to create a pleasant experience for our customers. Things would be speedy, hassle-free and in good working condition all the time. Toilets would be clean. It would be an airport where a passenger would not feel lost and have his or her anxiety lowered to the minimum. At that time, there was no ready model of how an airport could be run this way. So we had to become ‘instant’ experts and pioneers of such an operational model.” 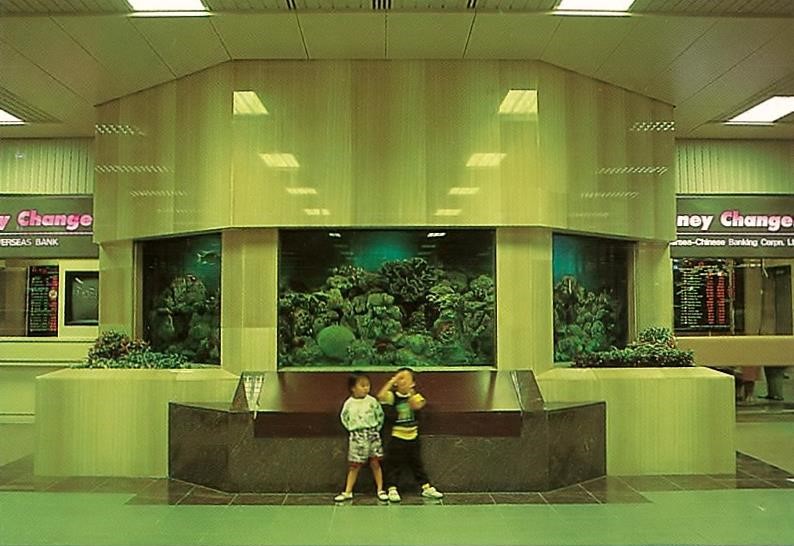 The marine aquarium was a popular photo spot back in the past. | Photo credit: Hitachi Aqua Works

“Facilities need to be user-friendly yet vandal-proof and must be able to withstand rough handling. Every facility must work well, not just on the first day but on the 1,000th day,” said Mr Wong.

Apart from the hardware, it was also important to have people who cared about customer service. From the immigration officer to the facilities manager and cleaner, each airport staff played a role in contributing to the overall passenger experience.

“The airport is a big place – it is almost like a small city. How do you make people see the importance of getting this big house in order – even at all its nooks and crannies?  It’s a mindset you need to have. See the big picture yet pay attention to all the details.”

This was when the service philosophy of Changi Airport was first born. The airport management team was always interested to hear what passengers and customers have to say. Changi was one of the first airports that took pains to gather feedback from passengers. Feedback forms were everywhere, and booths were even set up for passengers to send their feedback electronically. 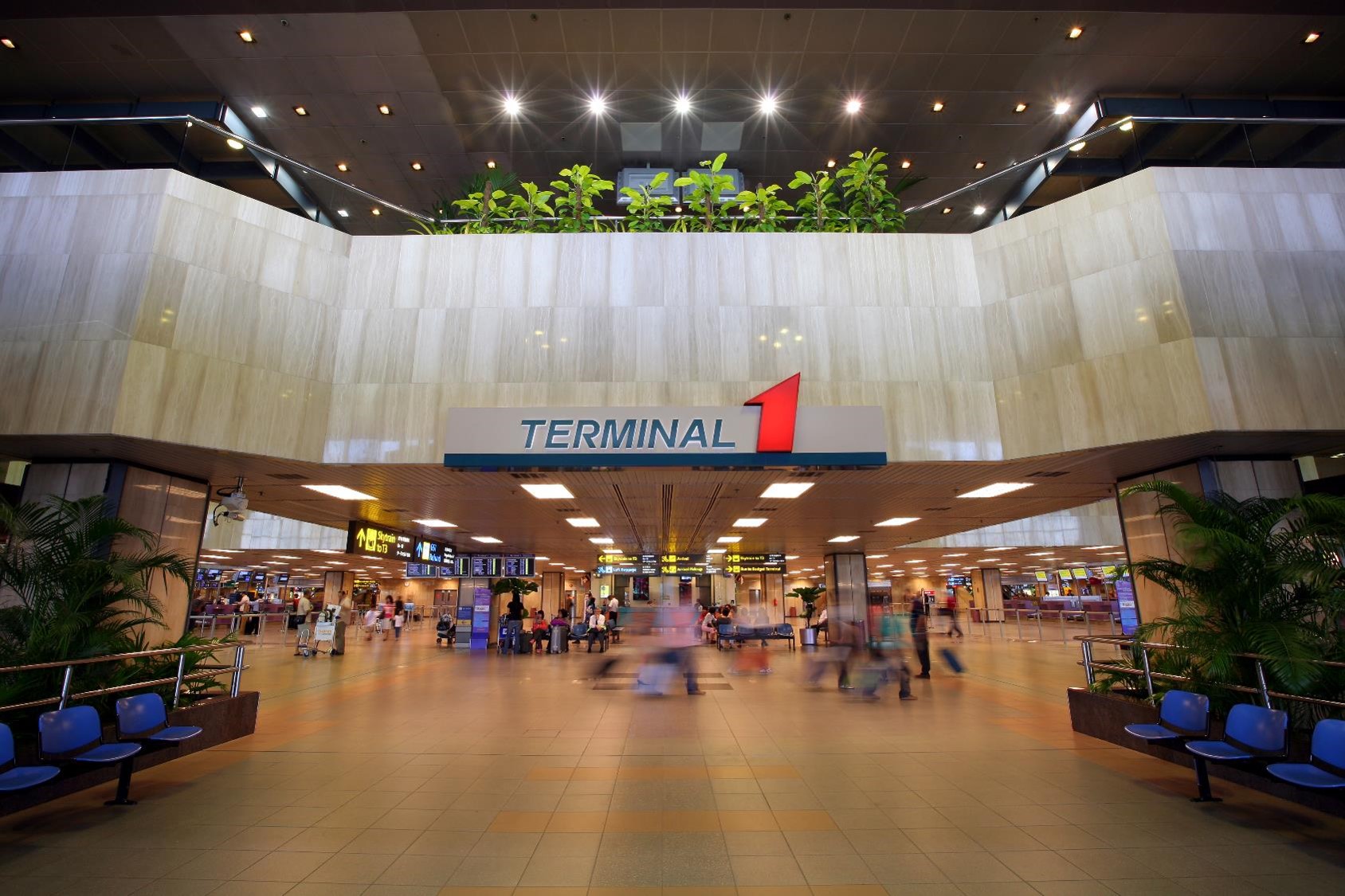 T1, the Grand Old Dame of Changi Airport, was functionally designed for its time

Till today, this mantra of listening to our customers and spirit of excellence to serve is key to Changi’s DNA. Changi Airport will continue to innovate to give its best to its customers – from the way it serves and interacts with them, to how it designs spaces and amenities for them.

In this exclusive interview with CAG’s Chief of the Airport Emergency Service (AES) and his fire fighters, the three men shared how they keep their passion for fire flighting alive.