When Atmas Shue from the CAG horticulture team discovered some unique looking Bougainvilleas growing at Changi Airport back in 2015, he thought nothing more of it at first.

“It was only later when they continued to flourish, did it occur to me that the plant might actually be a new variety of Bougainvillea which had sprung up right on Changi’s very own grounds!” said Atmas excitedly.

With his curiosity piqued, Atmas brought several of these Bougainvilleas back to the airport’s nursery to examine the flower’s characteristics more closely.

After conducting detailed research and consultation with several local horticultural professionals, the horticulture team deduced that the flower had undergone natural mutation. According to the Royal Horticultural Society, plant mutations are a natural occurrence that can change the appearance of the foliage, flowers, fruit or stems of any plant. These occurrences are mostly random, and can be triggered by a variety of reasons such as changes in weather, temperature fluctuations, or insect damage.

The team then decided to try to propagate the Bougainvilleas at the airport’s nursery using stem cuttings to observe their ‘stability’, and whether it can be a permanent new variety. “Some plant mutations revert to their original form after a while, so they will not be considered a new variety of the plant”, said Atmas.

Since then, the team has successfully propagated more than a hundred pots of the new plant variety, which are all thriving well under the care of the dedicated horticulture team.

The horticulture team has successfully registered this new variety of Bougainvillea with the International Centre of Registration Authority for Bougainvillea, headquartered in India. The new variety is aptly named Bougainvillea‘Changi Airport’, and the team intends to use it in future landscapes and displays in and around the airport.

So the next time you’re here at the airport, keep your eyes peeled for Changi’s very own variety of Bougainvillea! 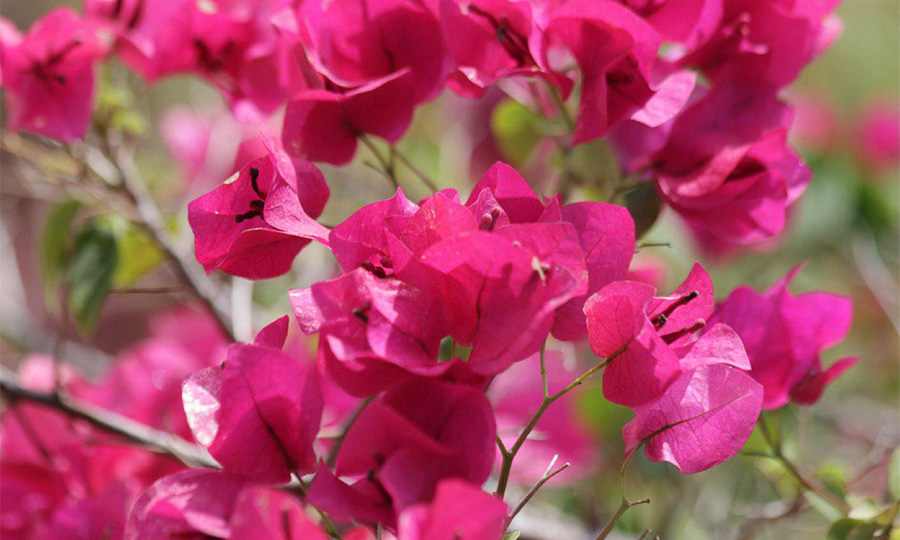 How are retail brands curated at Changi Airport?

With over 100,000 passengers passing through Changi’s terminals each day, the transit halls of Changi Airport is a busy place.

Apart from the wide range of facilities and attractions available to delight travellers, retail too plays an important part in the overall Changi experience. With a rich array of carefully selected retail partners, shopping is a key highlight for travellers passing through – cash registers rang up 50 million transactions in just 2016 alone.

At Changi Airport, time is of the essence – both for travellers and airport employees alike. The airport handles about 7,000 flights a week, or about one every 90 seconds. Hence, precise timing is a vital ingredient in ensuring the smooth operations at Changi.

How then does the airport keep accurate time?

For the convenience of passengers who needs to keep tab on time, Changi Airport installed more than 600 clocks across all three terminals – to ensure that passengers do not miss their flight.

Projecting Changi to the world - digitally

With most people consuming information on almost everything online nowadays, social media channels have become the de facto digital windows into the world of brands, in particular, Changi Airport.

From announcements about new shops and destinations to exciting events at the airport, Changi Airport’s social media team is always at the forefront, providing fans with the latest updates through its three key channels – Facebook, Instagram and Twitter.