Pharmaceutical companies around the world have been in a race against time to develop a Covid-19 vaccine. Moving just as fast is Changi Airport as it prepares for an equally important task – preparing the air cargo community for the effective delivery of the vaccine into Singapore, and to other countries in the region.

With the strict handling conditions needed to effectively transport the vaccines, the uncertain vaccine volumes, coupled with the current air cargo capacity crunch, Changi Journeys finds out how Changi Airport and the air cargo community are rising to the challenge to ensure the safe, timely and effective transportation and distribution of vaccines when they are ready.

The Changi Ready Taskforce is part of the airport’s bigger strategy to establish Singapore as a trusted air pharmaceutical hub in the region, through deeper community collaboration. Today, Changi is the first and largest IATA Center of Excellence for Independent Validators (CEIV) Pharma certified community in the Asia Pacific. The CEIV Pharma certification is the assurance to industry that Changi's air cargo stakeholders are capable of effective, safe and reliable handling of temperature-sensitive pharmaceutical products.

Changi Airport and SATS are also part of a global taskforce aimed at addressing global Covid-19 vaccines supply chain challenges. Called Project Sunrays it is a joint initiative between The International Air Cargo Association (TIACA) and Pharma.Aero (a cross-industry collaboration for pharma air transportation). The taskforce aims to establish useful guidelines for the air cargo industry to ensure the proper handling, storage, and transportation of the expected high volume of Covid-19 vaccines.

A cold chain, or a temperature-controlled supply chain, is needed in the transportation of vaccines. The process ensures that the life-saving cargo remains at a certain controlled temperature throughout the delivery to its final destination. 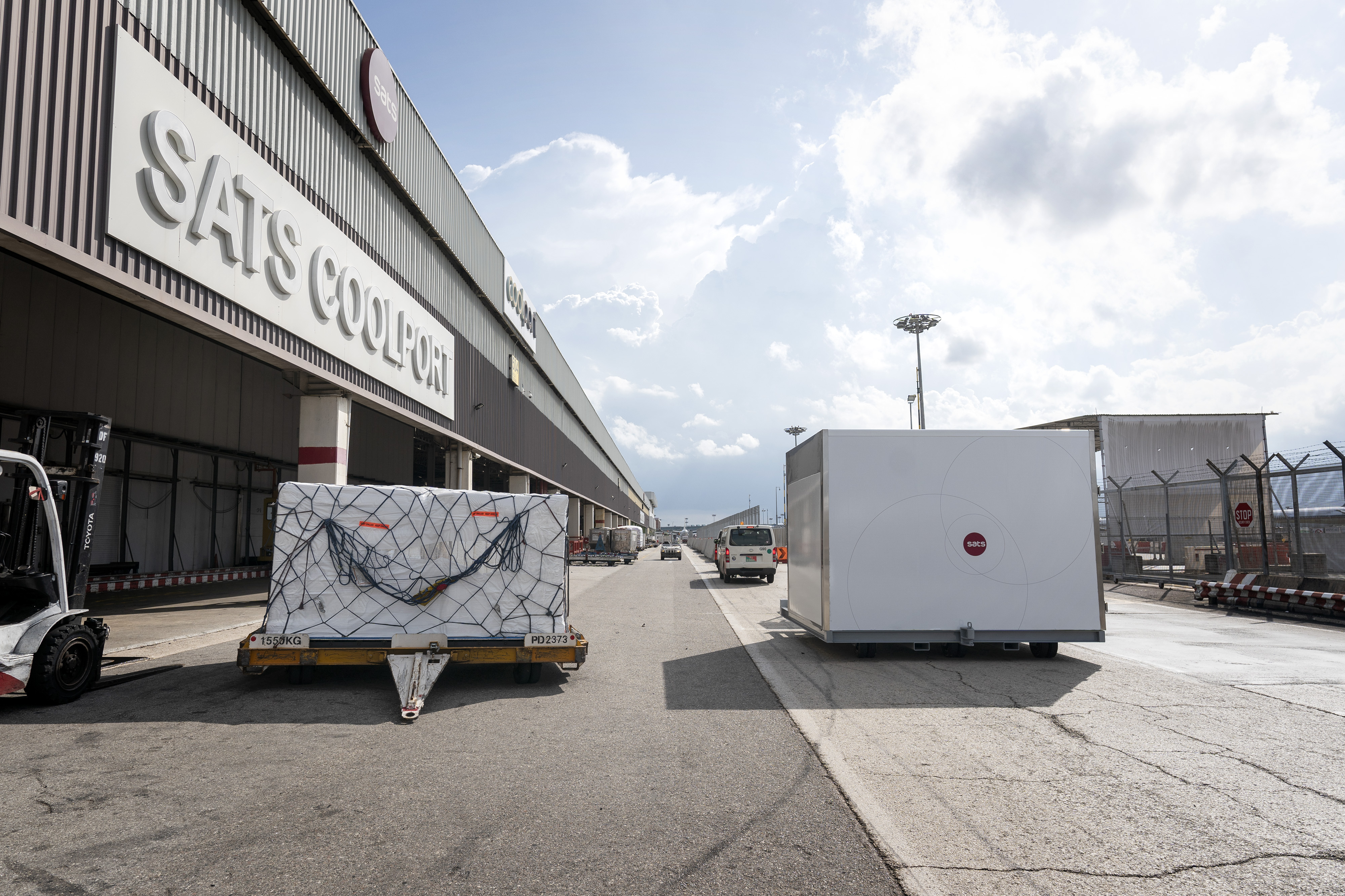 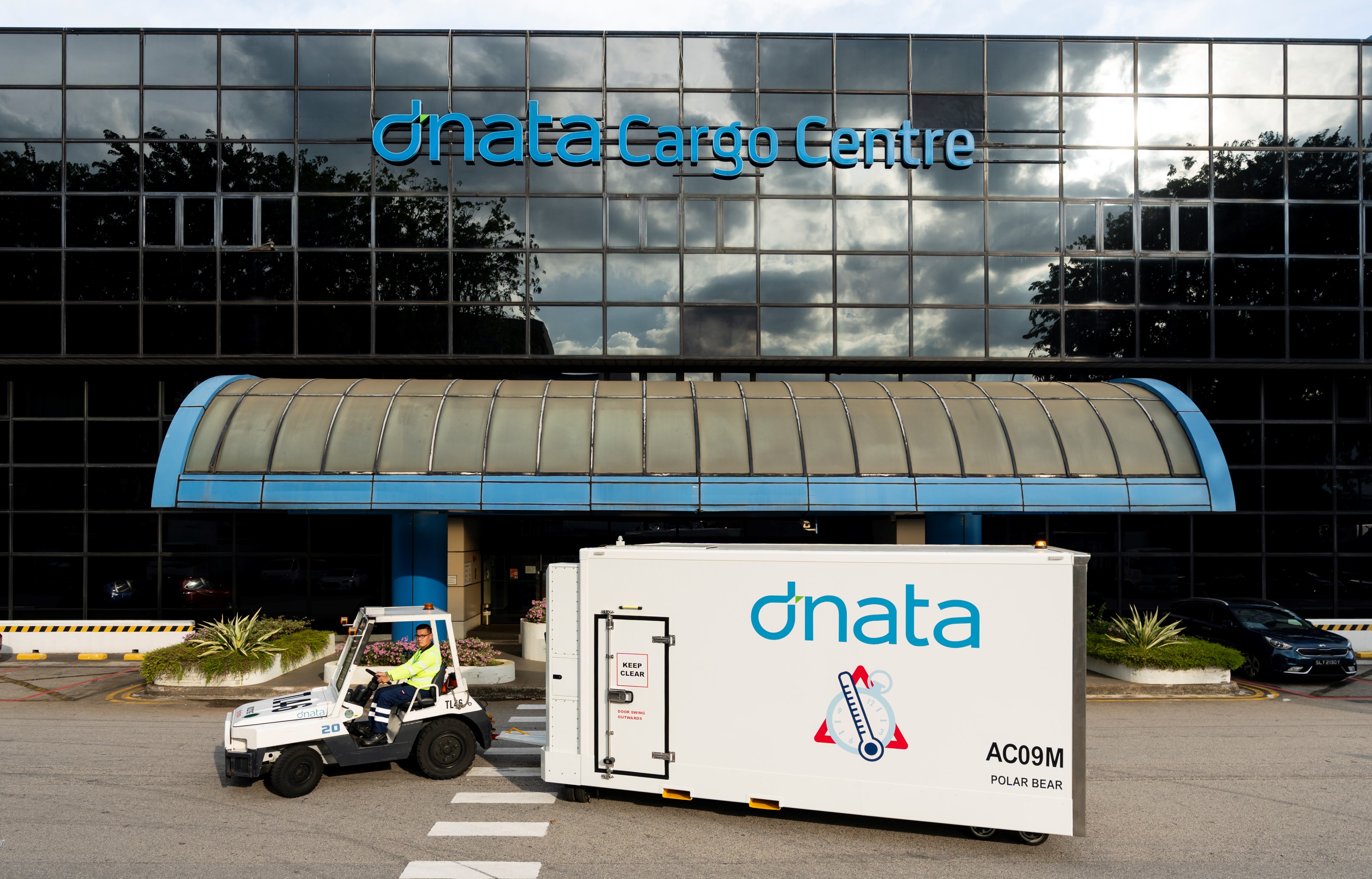 dnata and SATS’ Cool dollies are used to transport temperature-sensitive cargo such as vaccines between aircraft and their temperature-controlled warehouses.

To address this challenge, there have been an increase in charters and scheduled cargo flights since March, tripling our weekly cargo flights, which includes freighter operations and passenger aircraft carrying cargo only (PACC) flights. Between March and November this year, more than 50 passenger airlines have started to operate passenger freighter flights into Singapore, connecting Changi to about 80 cargo city links.

Staying prepared for an airport emergency

Though Covid-19 has resulted in fewer planes flying in and out of Changi, the airport has not lowered its guard when it comes to aircraft emergency preparedness. Changi held its annual full-scale aircraft emergency exercise to allow CAG, airport partners like airlines and ground handling agents, and government agencies to test the robustness of their emergency procedures.

How businesses at Changi Airport are adapting to Covid-19

Heroines behind the ‘Voices of Changi’ – life under a new normal

With fewer flights, Changi Airport continues to pivot to new areas to make sure staff continue to contribute meaningfully to airport operations. One group of staff doing so is Changi’s team of public broadcast announcers, more affectionately known as ‘The Voices of Changi.” We check in with them to see how their work has changed during this period.