A PEEK INTO THE PAST

On the central shophouse façade, a six-minute theatrical performance is screened at intervals, giving travellers a glimpse of life in 1930s Singapore. Playing out to the melodious Bunga Sayang, Peranakan Love Story tells the story of a blossoming romance between two passionate musicians living next to each other.

YOU MAY ALSO ENJOY: 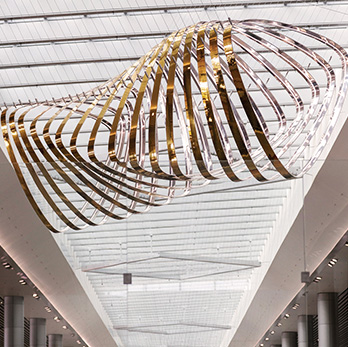